Yesterday evening, I attended a marvellous school production of a midsummer night's dream.. I won't even attempt to summarize the story! Suffice to say it involves two Athenian couples (Demetrius and Helena, Hermia and Lysander), the King of the Fairies and woodfolk Oberon and his queen Titania, a travelling troupe and lots of fairy magic mixing things up a little! (including changing one of the troupe -'Bottom'- to have an asses' head..). I realize I have done Shakespeare a great injustice here as it is one of the greatest plays of all time but really, a blogpost cannot contain it all! 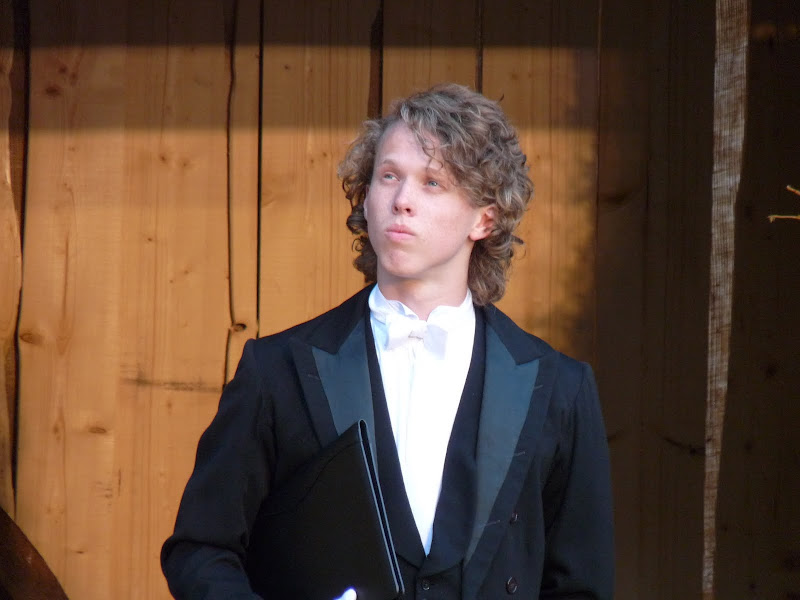 The master of the Revels, Philostrate, looking pensive.. 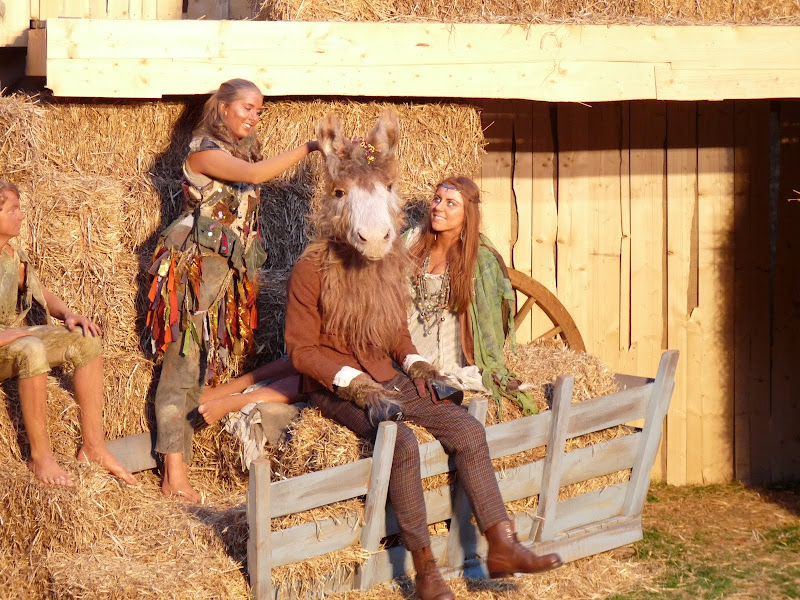 Bottom being groomed by Queen Titania and her Court 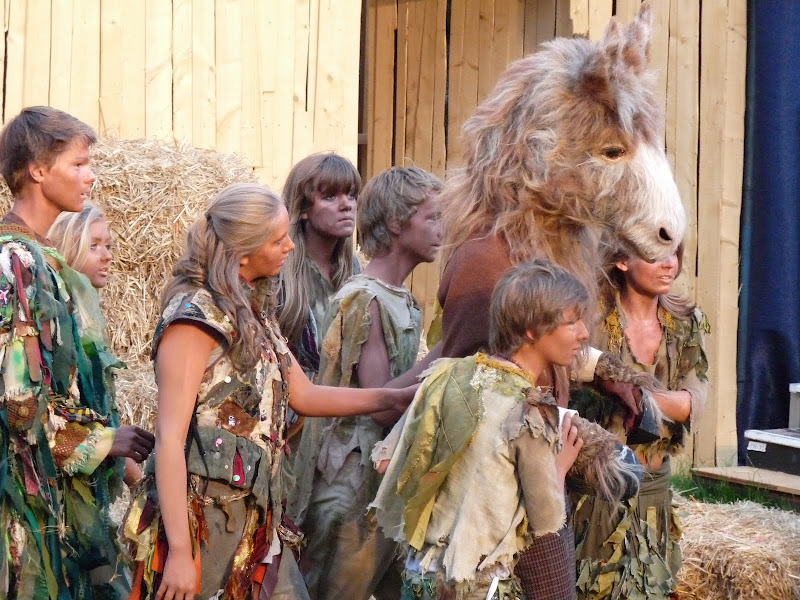 and led away by the forest people. 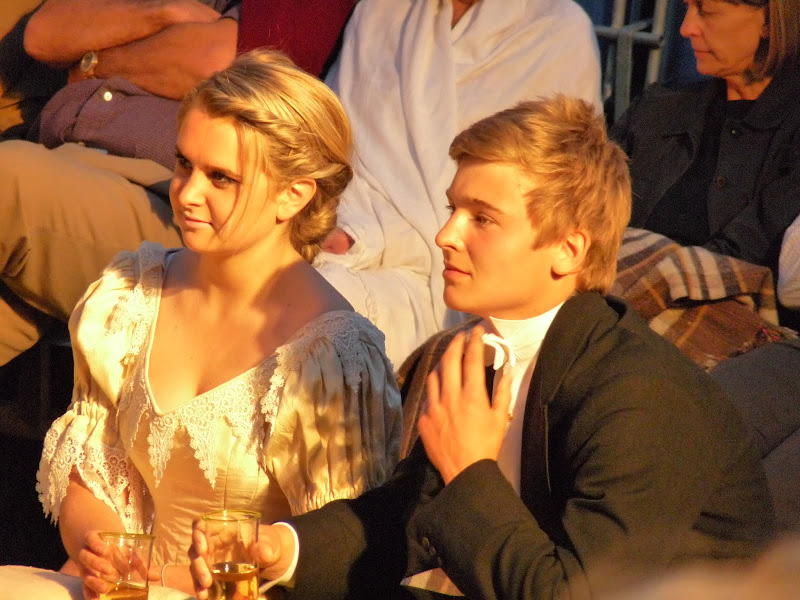 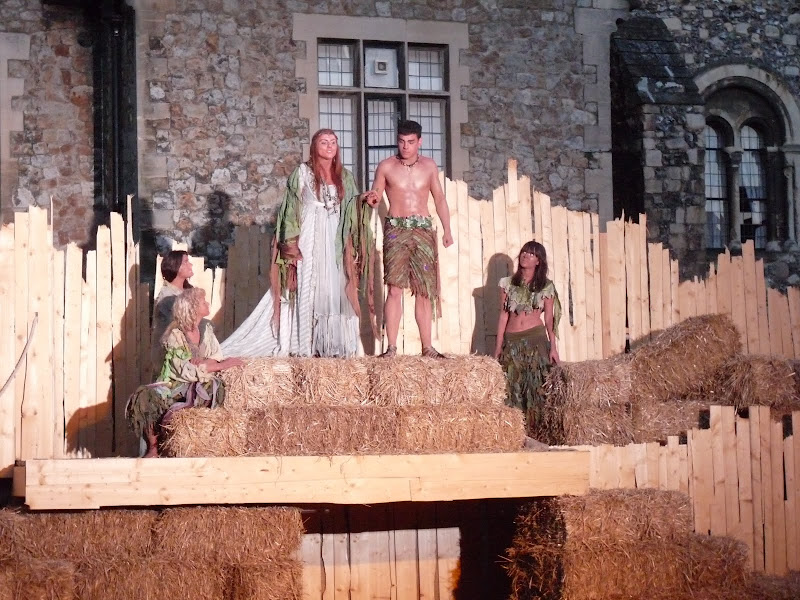 Oberon and his Queen reunited 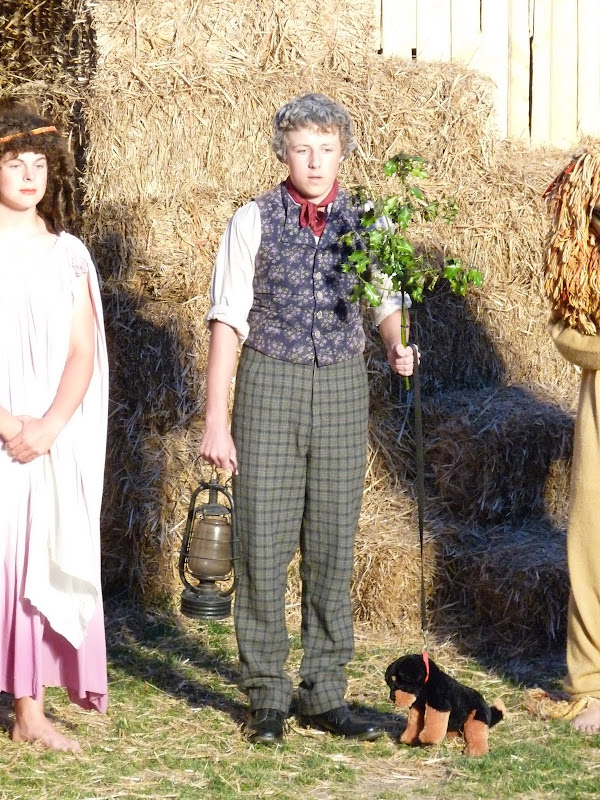 Part of the travelling performers 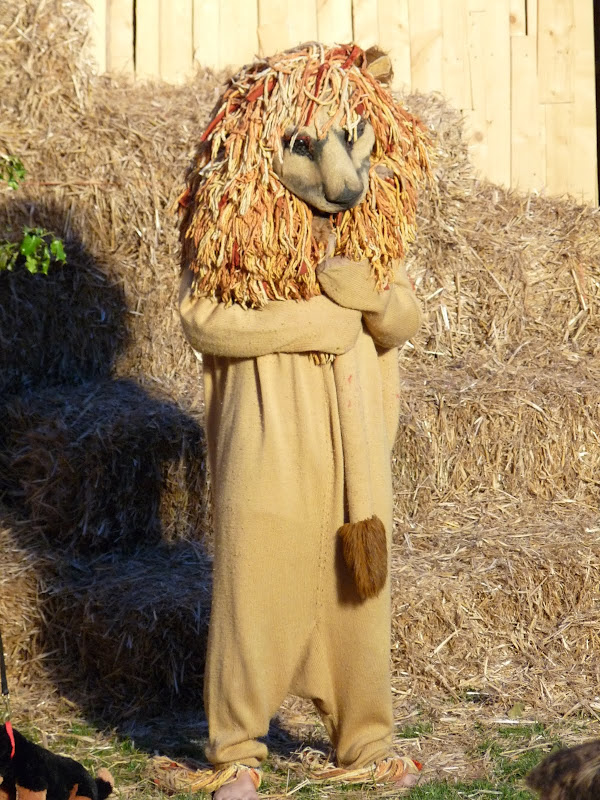 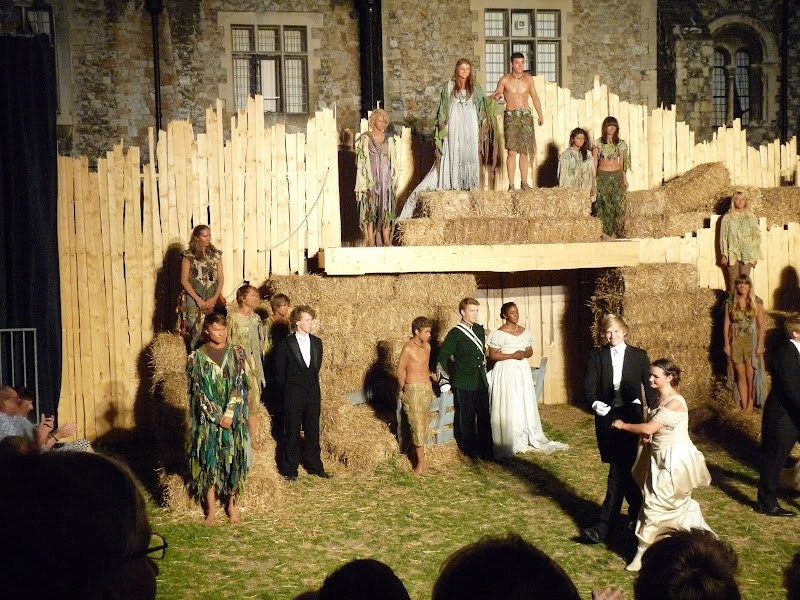 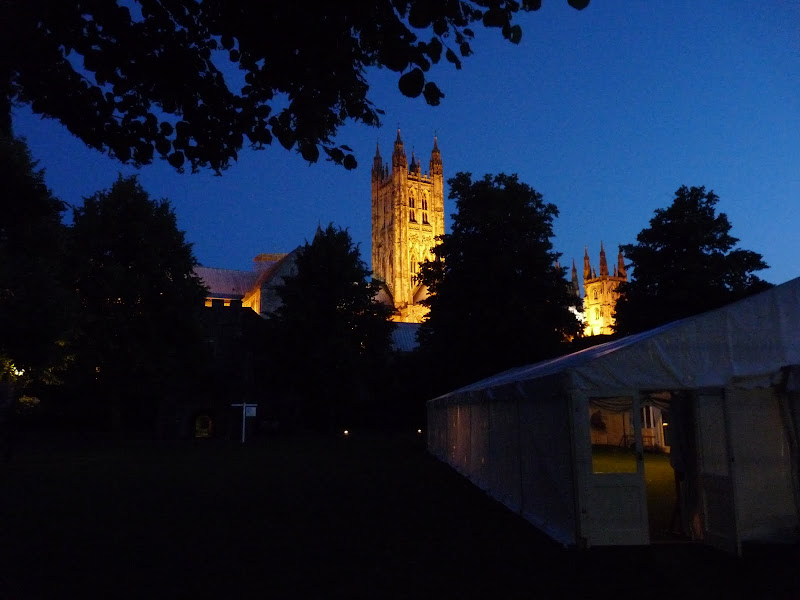 and all too soon it was dark and time to go homeward.... (Canterbury Cathedral illuminated)

This was a school production of the absolute highest standard. A performance which could rival or even outshine professional performances! Well done to the cast, director, choreographer, custom design, make up so in short... all involved! A fantastic performance greatly appreciated and enjoyed by all !
Posted by Rafael's Mum at 10:36

Such wonderful costumes and set deign. There is nothing like a well done Shakespear piece brought to life by passionate and talented youth. Did you know anyone in the production? Lovely view of the cathedral.

I hope you know that i'm definitely visiting you when i'm in England. There is actually noooo way i'd NOT visit you, your pictures area amazing! :)

Definitely expecting you!! Plenty of subjects here for your new camera. You'll get to send some amazing ones of your own home!

What beautiful costuming! Truly extraordinary. I would have loved to seen this.

So impressive! The costumes and sets look amazing. The toy dog on the lead really made me laugh though. I think your blog is getting more interesting now you are having to fill it with non crafty stuff! (just temporarily of course)

what an incredible production, it's hard to believe it's a school production. I love Bottom! And I think your synopsis makes Shakespeare very appealing

WOW what fantastic photos ~ and costumes and of course the setting ~ WOW!
I did this in 4th form English, I was Puck, however, our production was NOTHING like this!
I still remember a lot of my lines .. .. ..
If we shadows have offended think but this and all is mended that we have but slumbered here whilst these visions did appear
(hmmm not too bad considering it was 22 years ago)

It looks like a great play! And awesome photographs!