The sewing side of things..

Yes, I promised you a wee update (gosh Lynz... you are having more of an effect on me than I thought :-) !!

Since the op, I have been behind.. but I am catching up fast! 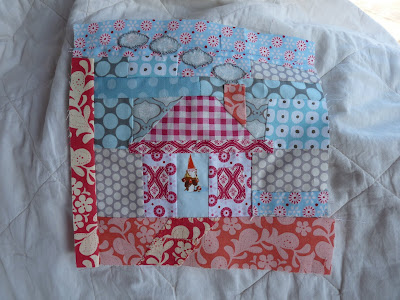 The gnome in the house block for Susi 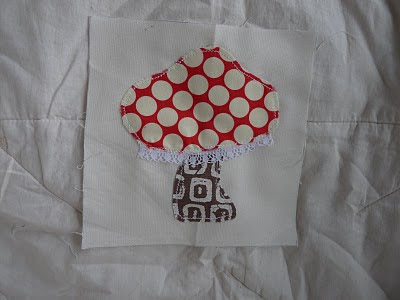 and the mushroom block for Susi's border. 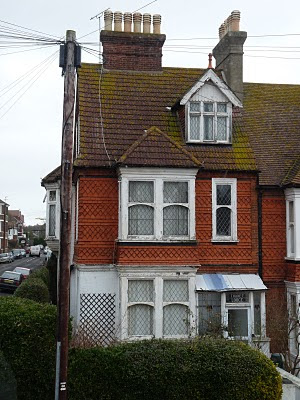 For Dallas' block, she asked for an image of each bee members house or house in their street. This is the house opposite us... 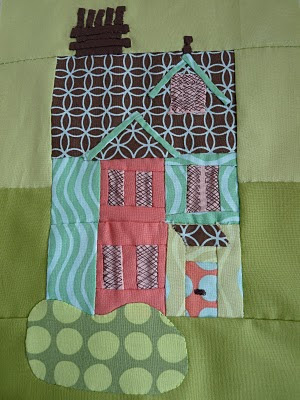 and this is my best approximation of that house... not accurate, but the style is sort of there! 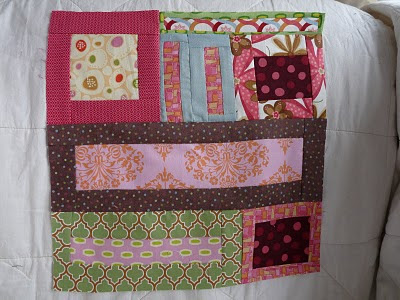 The last block that was delayed was this block for Mari. I found it very difficult to not make it wonky, and also to make it exactly 12 1/2" with the fabrics we had. I hope it is ok... I did my best.. it was a steep learning curve! 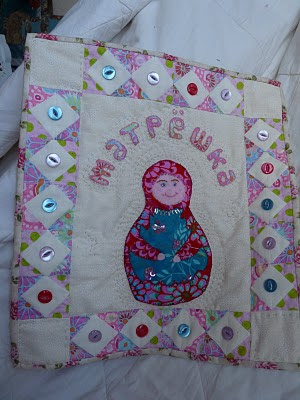 and of course my DQS8 doll quilt that took so long to make finally winged its way to Liliane in Luxemburg. It was hard to find someting she might like and I hope she did.

SO... although now caught up with everything I was late with... still not out of the fire..

A new beeblock for March has come in the post and I know the second March block is going to be delivered any moment....

I am making a little surprise miniquilt for someone and it is giving me some problems.. apart from of course taking much much longer than I thought (again!... these mini quilts take almost as long as a simple pieced normal sized quilt... no ... actually... longer!!) and I need to really hurry up with this...

The Old Red Barn Co's "best most awesomest may we always be quilting friends" swap has just been announced and my partner is fairly new on the boards so not much to go on ... I will put my thinking cap on and hope to come up with something she likes!

These are just the ones that are now in a hurry and I musn't let myself get behind this month (and we are half way again allready....). If I just had all day to do them in I would be ok!

Won't bore you with the quilttops that are awaiting sandwiching, finishing off, quilting etc. Neither will I talk about several piles that are screaming to be cut (have got the fabrics now for Kaffe's icecream quilt and am dying to start on Joel Dewberry's Deer Valley I have recently got...),.... and I don't even want to THINK about the lovely bagpatterns I have for my echino fabrics... NO... most urgent first!

I am beginning to think I will have to shedule some sewing time this weekend... :-)
Posted by Rafael's Mum at 08:20

Everyone of those is wonderful! I love the fabrics in the gnome blocks and that little bit of lace on the mushroom is perfect. The house block is great. And I can't imagine not loving your doll quilt! It's so happy. Looks like you're healing up with a vengeance!

Oh my goodness Marg...you have been busy...they are all fabulous but I especially like your rendition of the house across the street...bravo lady!;)

You must feel so much better after completing all those projects. You have made such lovely blocks. I love the one of your neighbours house - just perfect!

I couldn't have that much on my plate at once. I really struggle when I have unfinished things to make. Not easy to relax.

Good to get these blocks finished I imagine Marguerite. I think you've done a great job of replicating the house in your street. Not an easy house to replicate. Quite a cool house though. Love your matroushka doll quilt!

You've been a busy wee bee! (and yes, the colloquialisms will sneak in everywhere after a bit!!)

Love the house block you made for Dallas. I think it looks very much like the photo of the house on your street.

Hi Marguerite your blocks are looking fabulous!! How clever to make a house block of the house over the road, I love it. I hope you get some scheduled sewing time...I'm still to reply to your last email from 2 weeks ago, I will do that soon, sorry for my slackness!!! Lovely to see what you have been up to xo

Wow! You have been busy!
I love the block you did for Dallas. That turned out so great!

Oh my goodness, I love the mushroom and your neighborhood's house block very much!! Happy sewing :)

Wow, you go girl! I absolutely love what you did for the "house across the street". It looks fantastic! Makes me wish I knew someone with a great house, so I could make them something like that for Christmas. :-) Good job getting all caught up, and I hope you had fun with your weekend sewing!

Everyone will love what you made. Lovely things! The mini quilt is wonderful!
Micki

Your interpretation of the house across the street is fabulous. Your doll quilt is very sweet.You have been so productive.