Early this morning, at 7am, the first few boats prepared to leave for Dunkirk 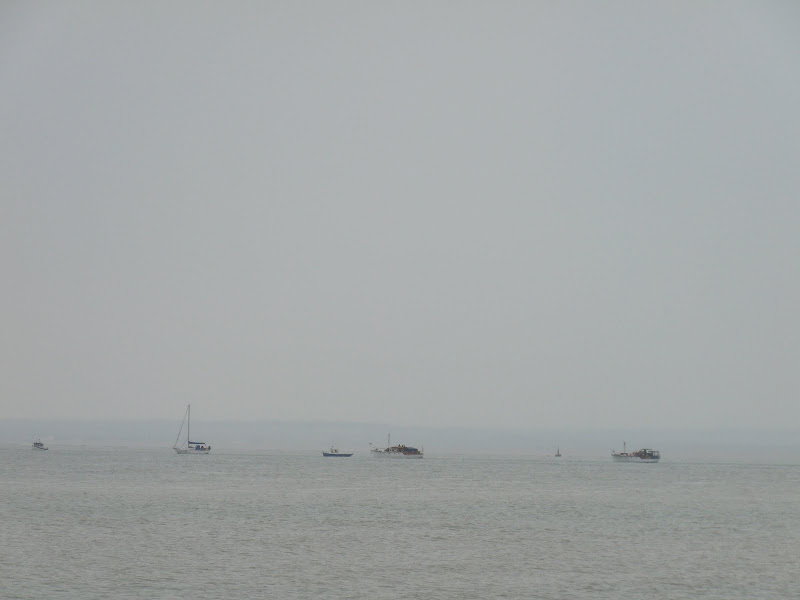 Soon there was a steady stream leaving Ramsgate Royal Harbour 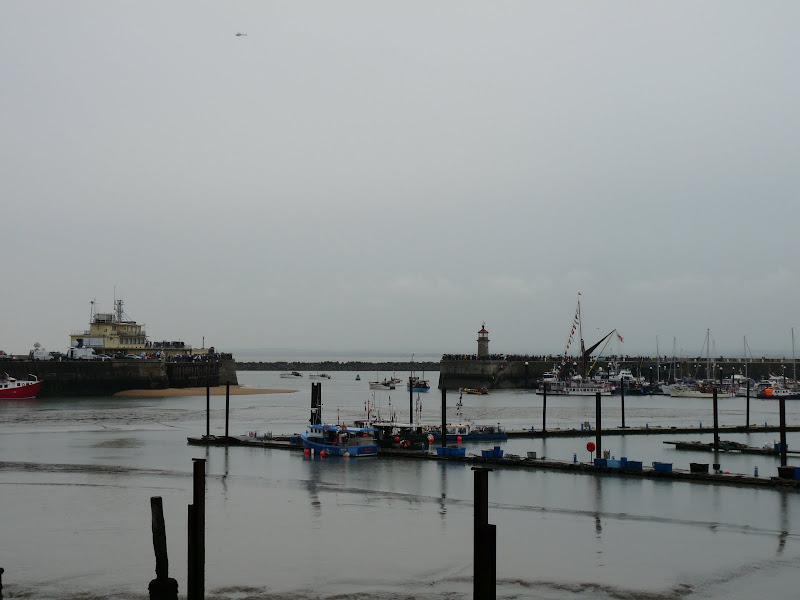 In spite of the weather (pouring down with rain!) there was a large supportive crowd 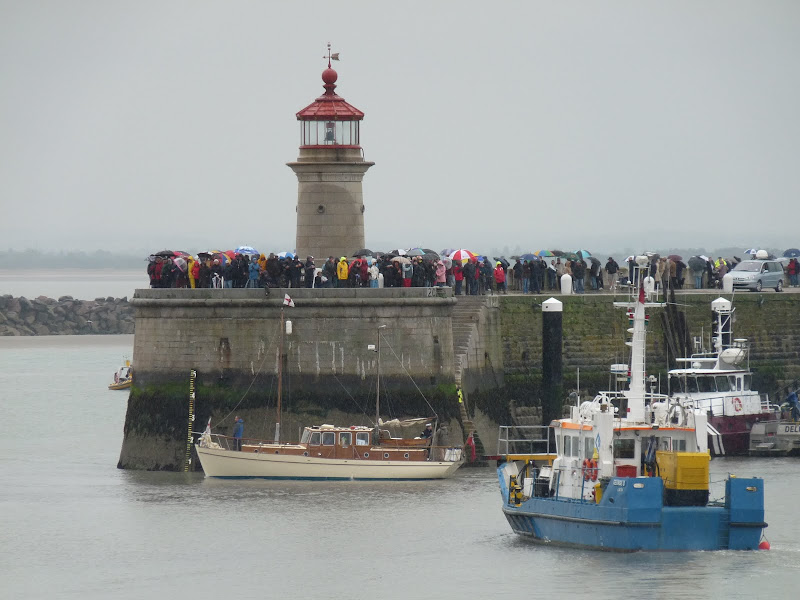 who, even though it was thoroughly wet and freezing... 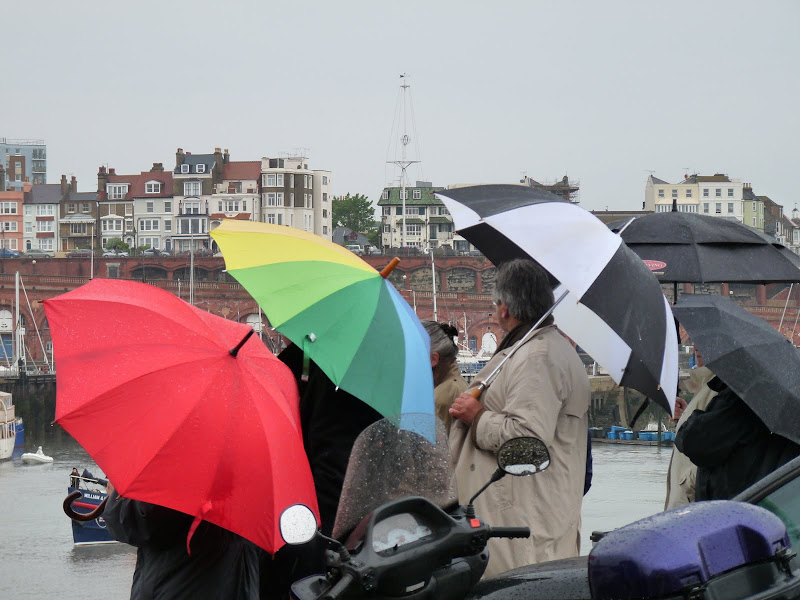 cheered on each little ship with waving, clapping and the occasional shout of 'Hurrah' ! 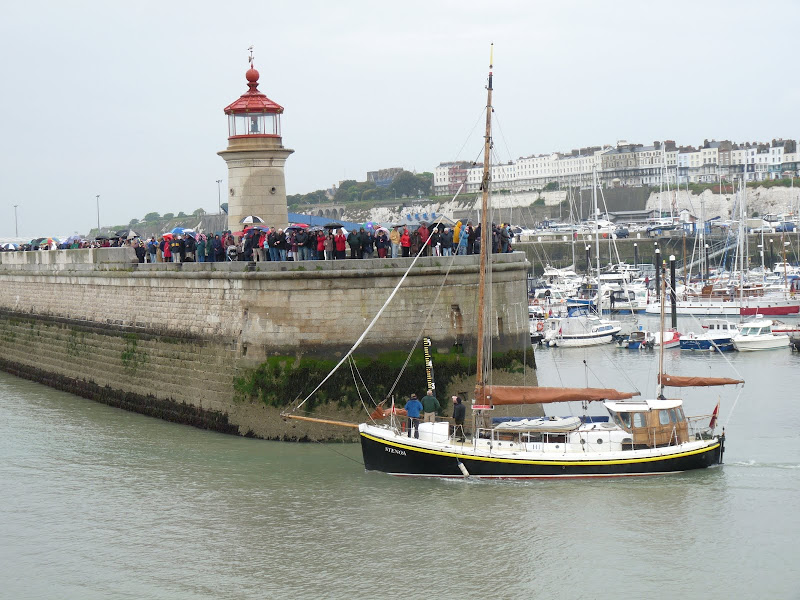 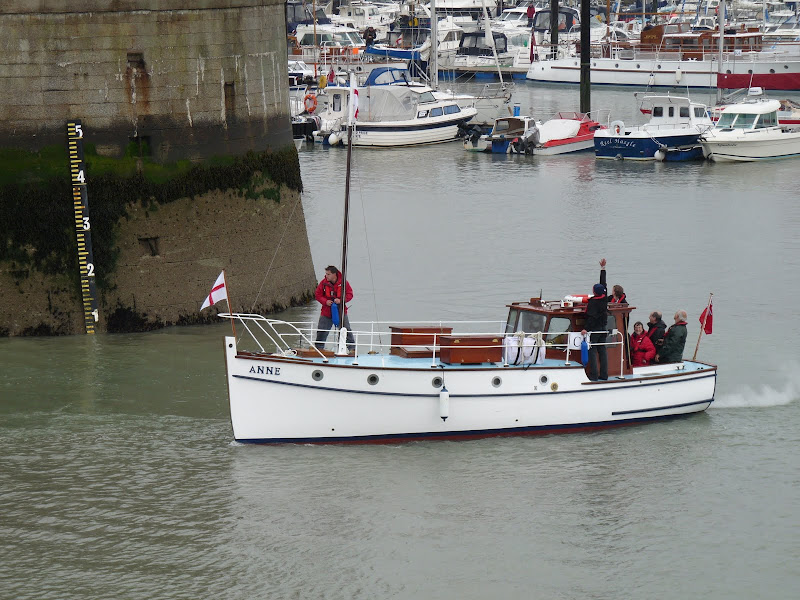 two flagbearers were standing in a silent salute (the entire hour it took for all the ships to leave!) 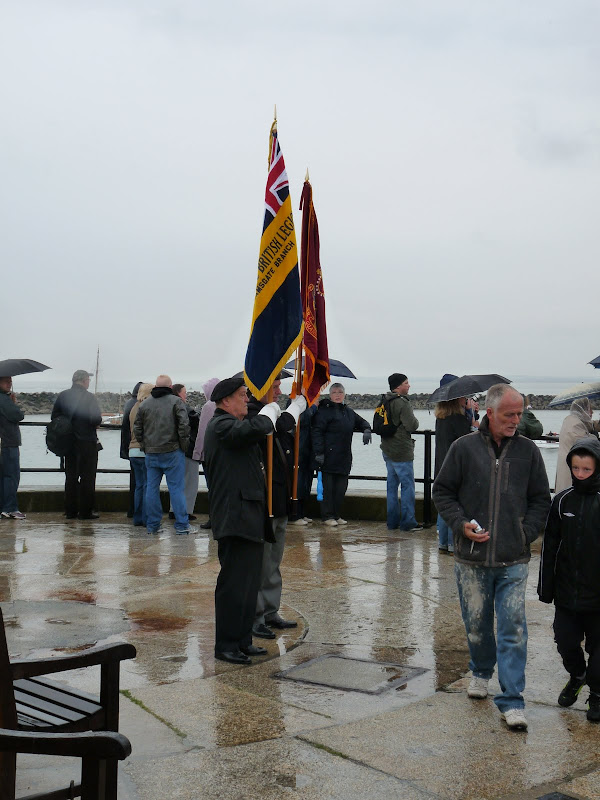 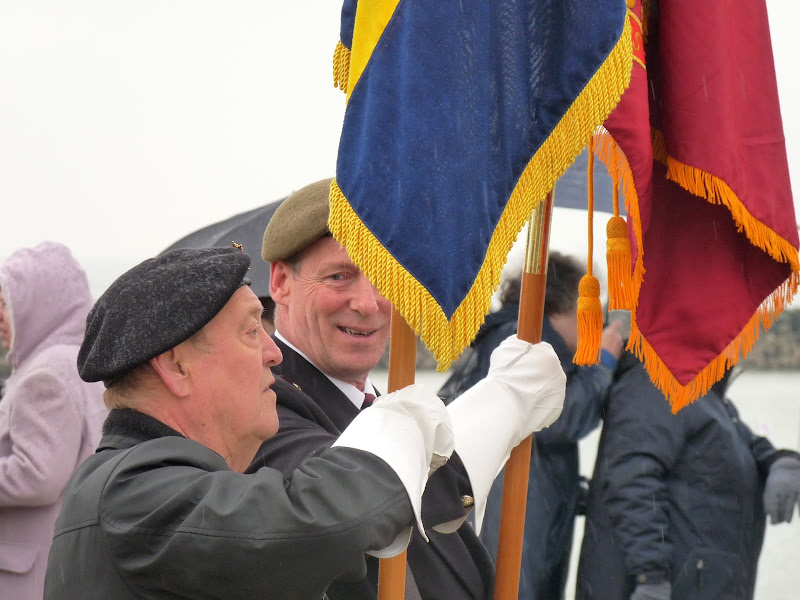 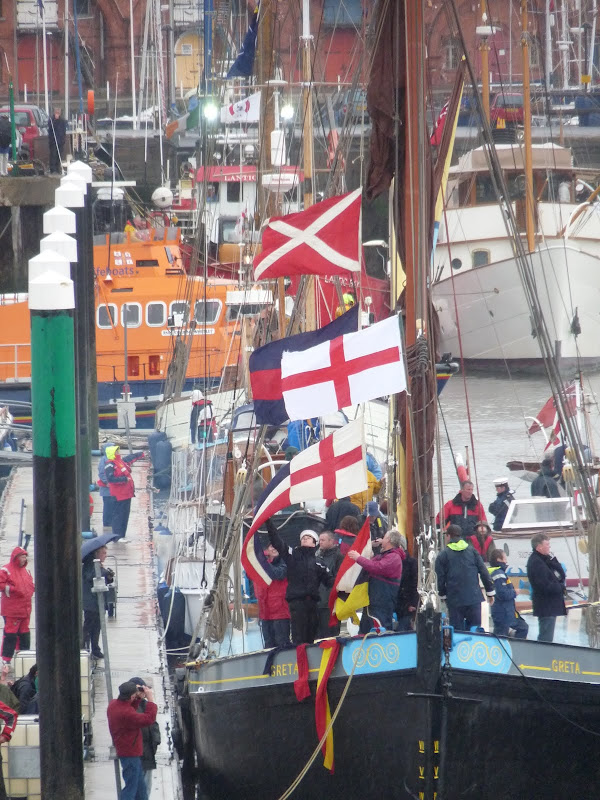 and cast off her moorings whilst MTB102 (see previous post) is leading the way. The place where the man in yellow stands is where Churchill sat in 1944 whilst overseeing the D-Day landings (there are two grey airvents there with a little bench inbetween) 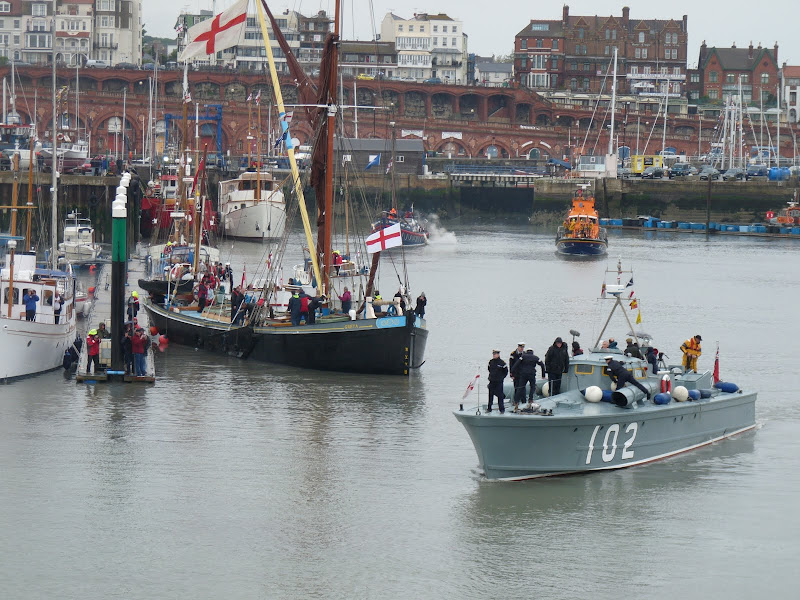 The stream of those departing went on and on.. 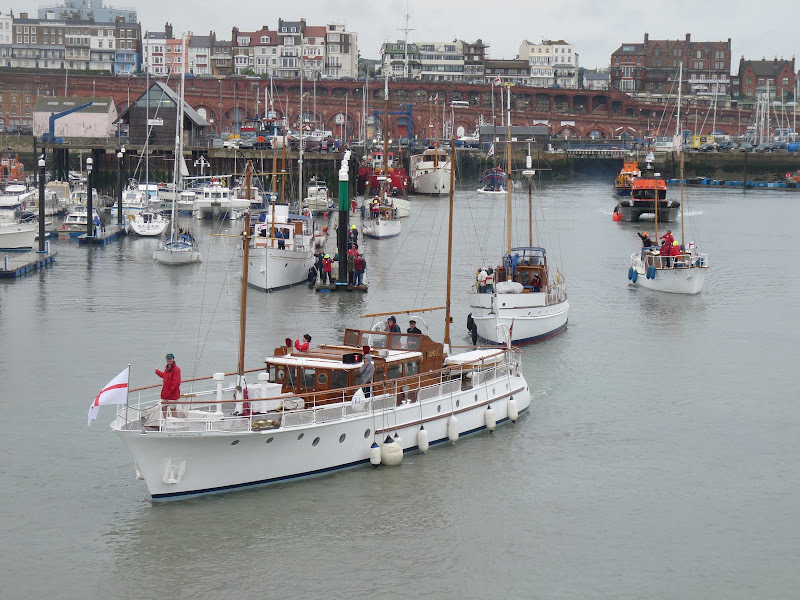 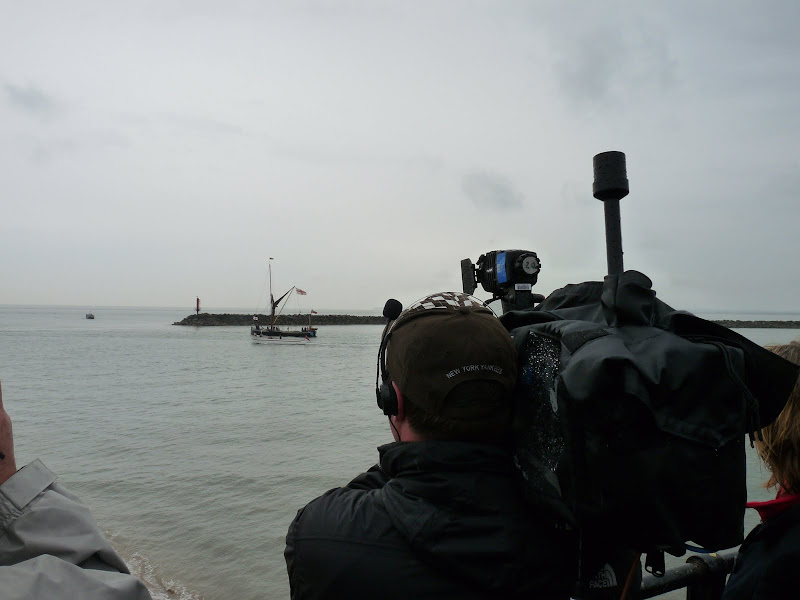 Our modern Ramsgate based RNLI rescue joined the flotilla 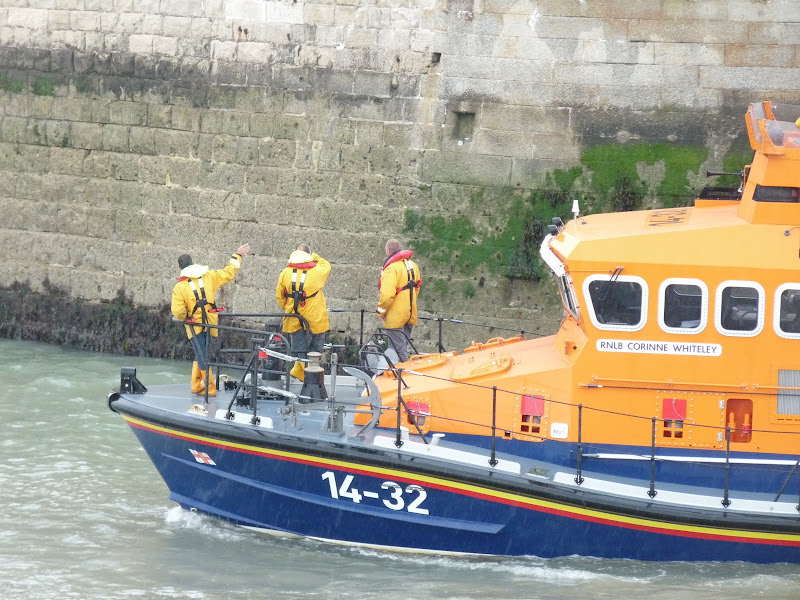 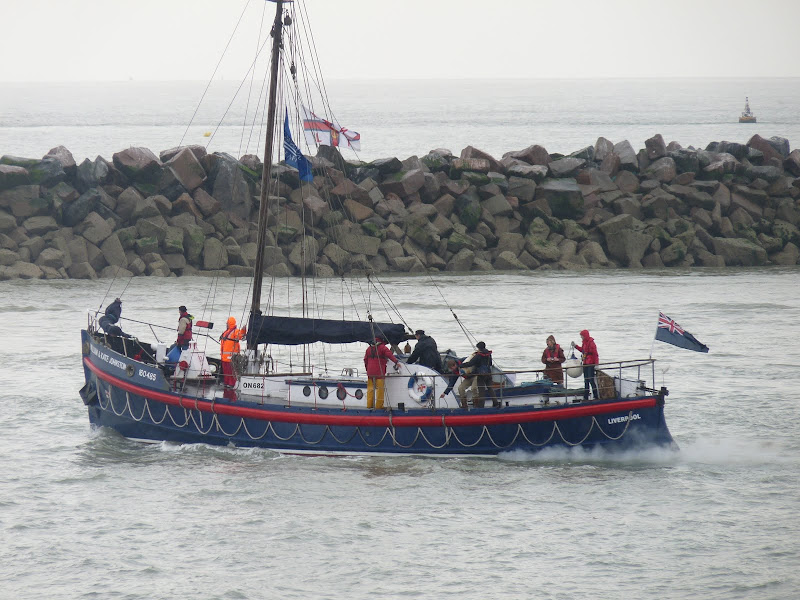 Last but not least, Rafael, who was there with me, was looking at a little friend on a higher tier, and I could not resist snapping her sweet little face... 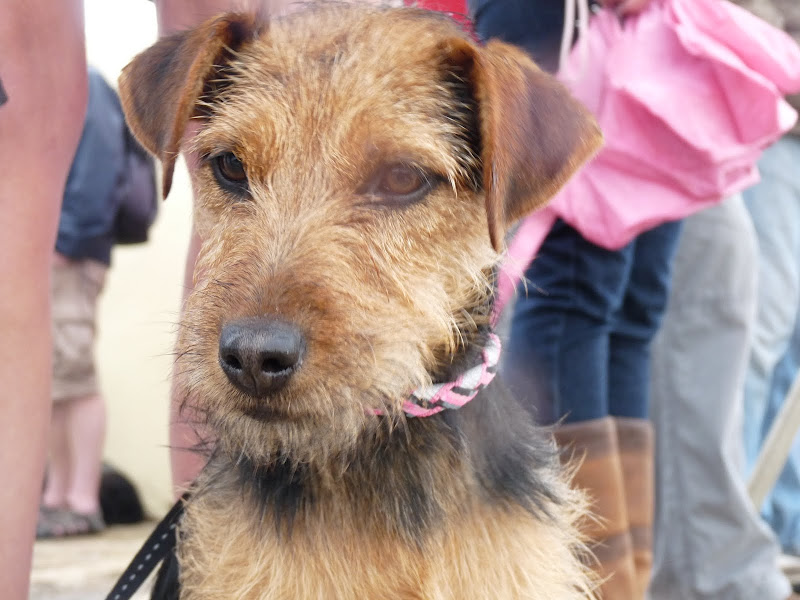 It was extremely wet and quite cold but the atmosphere was fantastic, the sailors in good spirit, the public generous in their support. A worthy occassion.


Update: Local historian and bookshop owner Michael Child has been out and about taking an enormous lot of pictures, to which he has several links on his website. He kindly commented here and gave permission for a link to his site to be posted;
http://thanetonline.blogspot.com/2010/05/pictures-of-dunkirk-little-ships.html
Thanks Michael!
Posted by Rafael's Mum at 13:59

I thought we might see some sea photos from you today - fantastic. I thought of you this morning when all the news crews were in Ramsgate!

Thanks for that I also put some up at http://thanetonline.blogspot.com/2010/05/pictures-of-dunkirk-little-ships.html but I was down on the pontoons and wondered how it looked from up on the harbour arm.

I never knew there was a boat named after me, they even spelled it right. No really now I have to look up the history. Thanks for sharing.

The pics were wonderful and thanks for sharing them!
Micki

Great photos Marguerite, I felt like I was almost there. Looked like Rafeal was having a great time too! We're having a lot of rain over here too but not too cold.

Fabulous photo's, how lovely that Michael came by. Great pic of Rafael. It looks so cold, but lovely that people came and supported anyway! xo

More info on the barge Greta, for you Greta !

Your photos are really good! Thanks so much for this post, better than the TV news, I feel like I was there too! And that dog is so sweet!