70 years ago today, saw the birth of Operation Dynamo (27 May -4 June 1940). The Allied Forces were fighting in France and being beaten back onto the beaches of Dunkirk where they became trapped. Winston Churchill called for all available craft to assemble and go to Dunkirk on a rescue mission.

The little ships left from Ramsgate Royal Harbour in the morning of the 27th May 1940 on their way to Dunkirk. They rescued over 7000 troups on that first journey but many of them dropped those rescued onto English soil and returned again and again. In total well over 300.000 troops were rescued. It was an amazing achievement considering that these were all kinds of little ships, not warships but river launches, sailing boats, old life boats, yachts, pleasure steamers (The Medway Queen), fishing boats and sailing barges, many of which are coastal vessels and had not been to sea before so crossing the Channel amidst being bombarded from the air was a big deal and an amazing feat! They were accompanied by tugboats who could go into more shallow waters than the deeper draft boats and helped ferry soldiers from the beaches onto the craft. They did pull it off however although around 100 of the 700 vessels crossing were eventually lost.

Under Dover Castle, a network of tunnels is dug out under the cliff and it is from there the government masterminded Operation Dynamo under command of Admiral Ramsay. 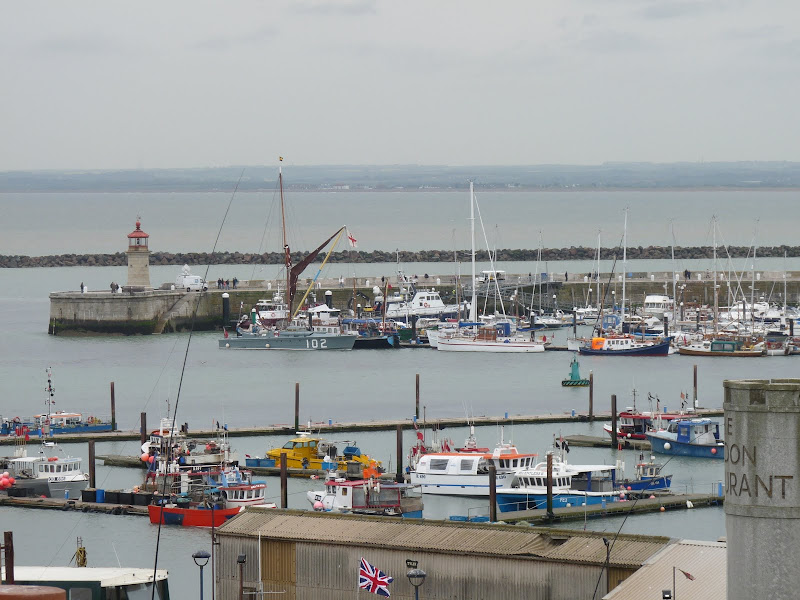 This was Ramsgate Royal Harbour Marina today. On the far pontoon, you can see several of the little ships, ready to set off tomorrow early on the morning tide (weather permitting). Some of the have veterans on board and they will be met by more veterans when arriving in Dunkirk. It promises to be an emotional day... Guests of honour are Cynthia Sandys, the granddaughter of Sir Winston Churchill, and Major General Charles Ramsay, the son of Admiral Ramsay.

You can see a big mast(with a brown sail), belonging to a Thames Barge. In front of that, a little grey boat with the number 102. This is a Motor Torpedo Boat (MTB). They were developed to provide a quick response to threats from warships or submarines. MTB was built and launched in 1937. She crossed the Channel 8 times during Operation Dynamo and was the third to last vessel to leave Dunkirk. Rear Admiral Wake-Walker transferred to the MTB102 when his Destroyer (HMS Keith) was disabled by a bomb and directed operations from the bridge. In 1944 she carried Winston Churchill and General Eisenhower on their review of the ships assembled on the south coast for the D-Day landings

A few photos of little ships in Ramsgate after their crossing to Dunkirk in 2005, on the 65th anniversary; 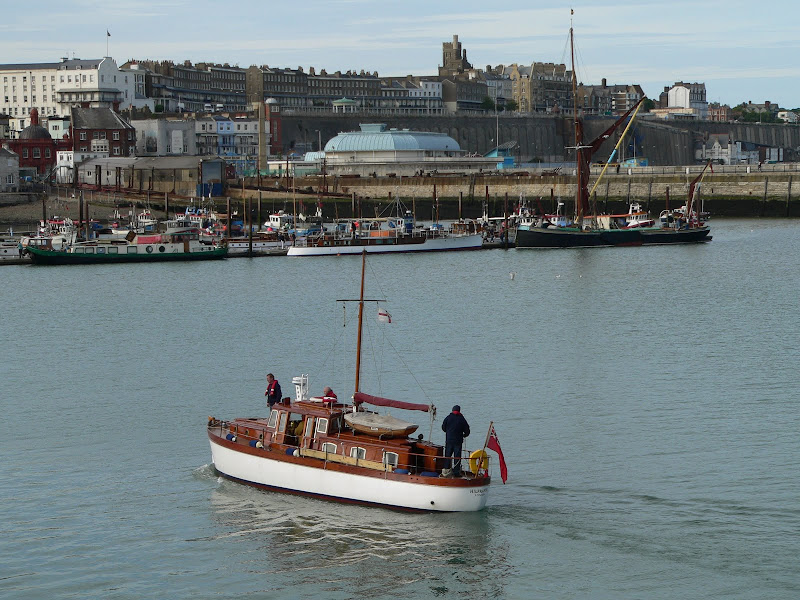 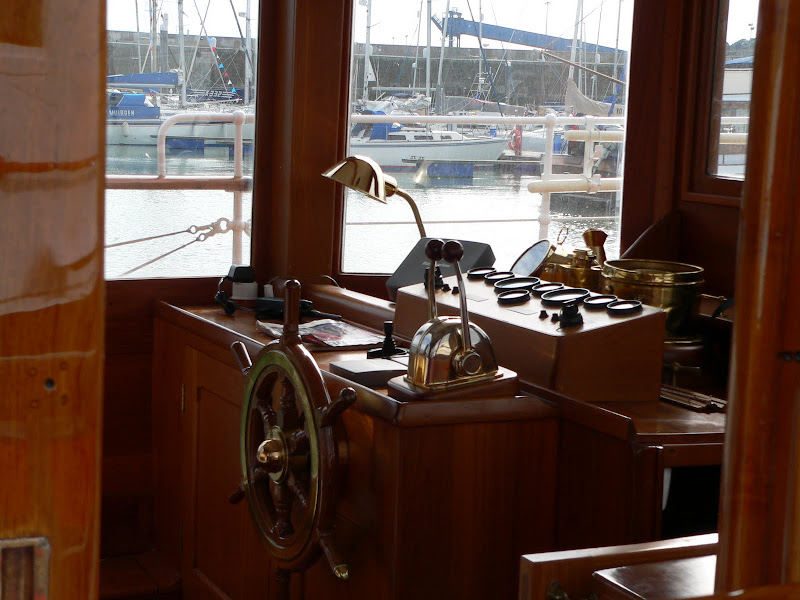 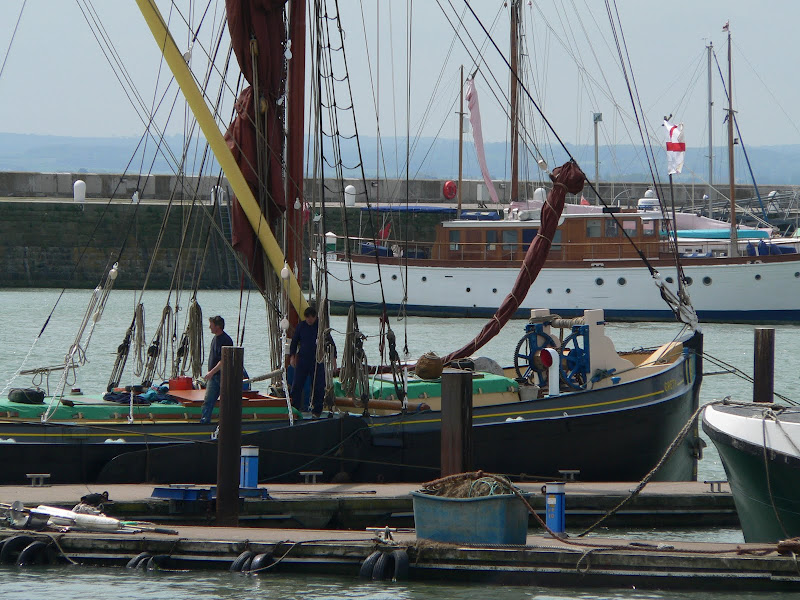 Winston Churchill went on to make his famous 'we shall fight on the beaches' speech, part of which went like this;

It is a historic day today as we rejoice in all those saved but also remember those who lost their life to defend their country.
Posted by Rafael's Mum at 18:48

*blub* I love that story. All those brave souls in their wee boats. Bless 'em.

Great info, I'm loving your new photo format, these pics are gorgeous. I tell you, I've had 3 days in bed with a cold and here you have posted 4 times...you have achieved heaps more than me this week (I'm feeling much better now, yay!) xo

I heard about this on the news this morning and thought of you and wondered whether you might write about it on your blog. Thanks so much for the lovely post and for commemorating it. It is such an amazing story and so important to us Brits and our idea of ourselves as a 'brave and plucky' nation!

I have always thought the Miracle at Dunkirk is one of the most moving stories. Thank you for sharing the beautiful photos as well.