The New Year is still living up to its promise and nothing major untoward has happened yet. Some lovely walks and relaxation before going back into the fray tomorrow when the holiday season officially ends and all go back to work.

Yesterday the morning sun had a special surprise for us.. The rays peeking from behind dark clouds made the water seem like silver and the light bouncing off the wet stones was pretty special; 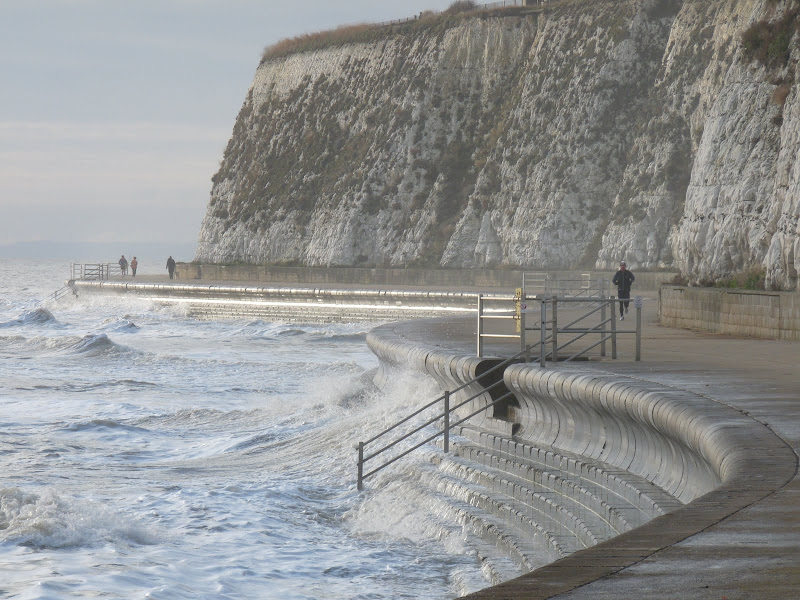 Today all was much quieter and the tide only just coming into shore, 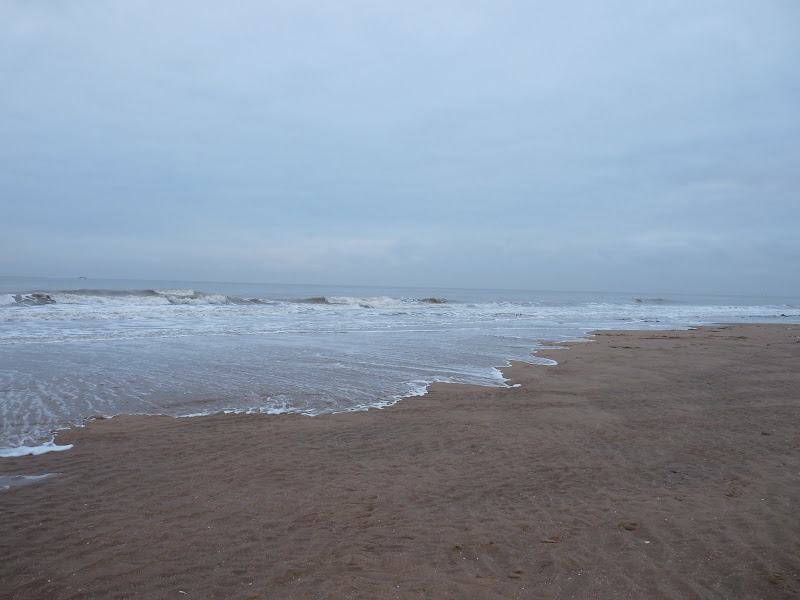 We saw some oystercatchers again, this time not in the nature reserve but along the shoreline where we usually walk, 'just' an ordinary beach (but quite special to us).. 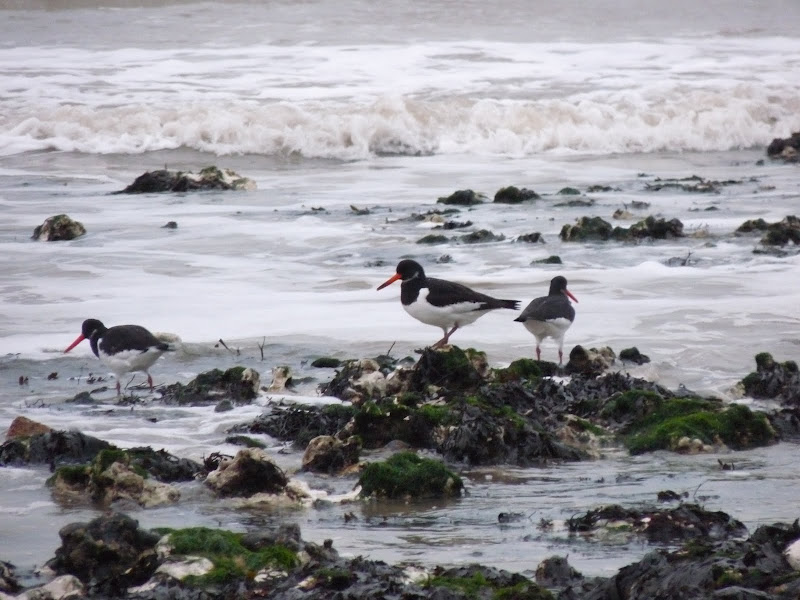 A little bit further on I discovered a curlew on the waterline. I managed to distract Rafael's attention as I did not want him to scare it away and we managed to pass close by and leave it in peace on its rocky perch. 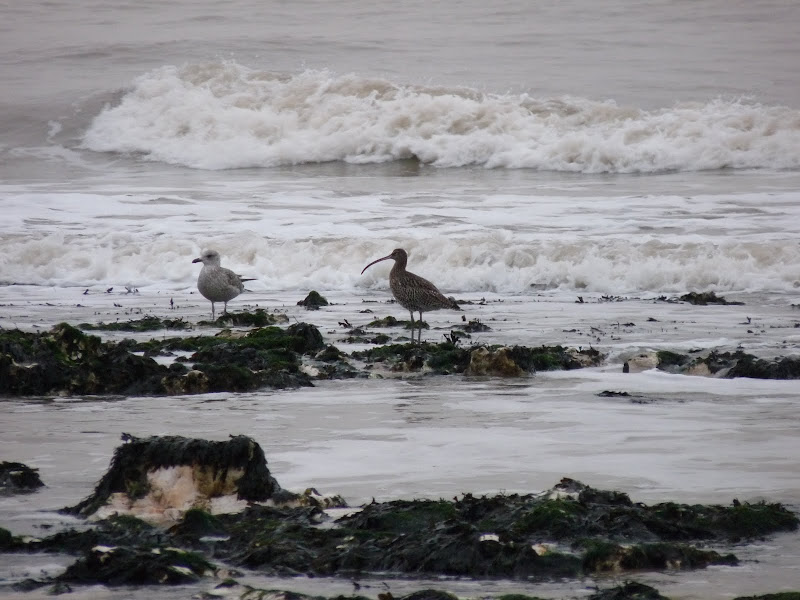 Tried some more paints out on calico. Of my previous attempt, only the fabric paints were performing really well (that figures doesn't it!) so I have now done some diluting and mixing and layering and see how that comes out in the wash! (do not look at the quality of the image... it's not very artistic.. it's just a test!) 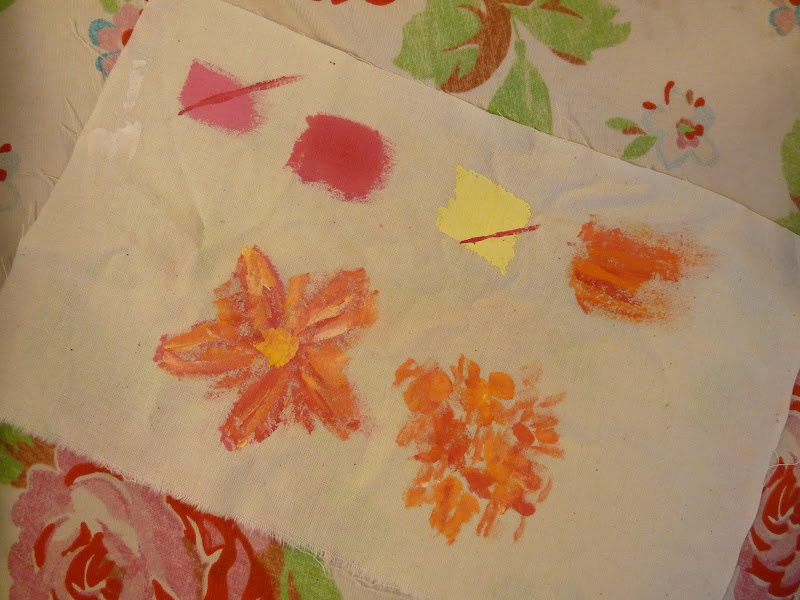 On the back you can see how the paints I have diluted are bleeding through more. 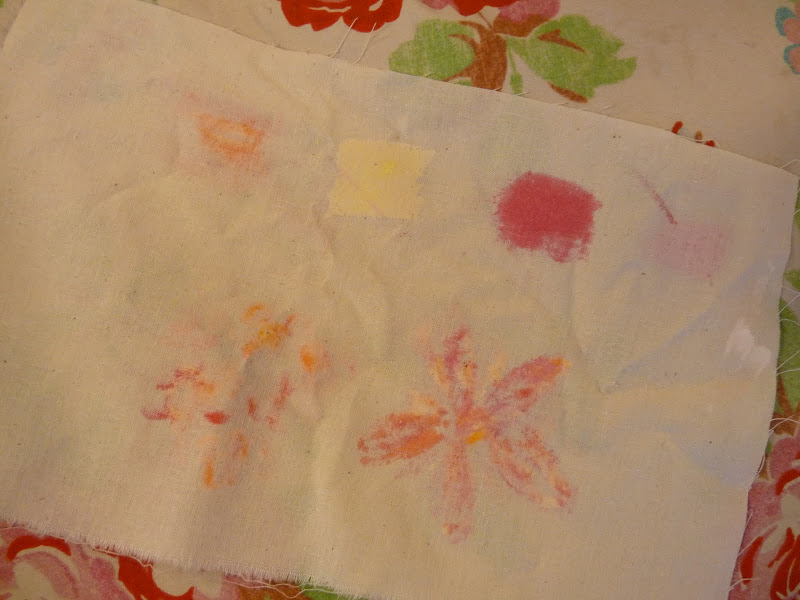 I am hoping the images stay the same after washing. It will be a good start!
Posted by Rafael's Mum at 13:53

I absolutely love to see your photos! In my dreams I live by a beach. Your fabric painting looks great, I hope they wash well for you!

I'm with Lizzie! It's nice to play without any expectations or pressure! I just cut out a hundred or so 3 inch squares yesterday to play with! The beach looked beautiful, thanks!

Happy New Year to you, too !! Thanks for sharing your wonderful pictures; it amazes me how you manage to show beauty in a gray, foggy day. And good luck with your fabric painting, looks like you're up to an adventure ;-))

I think you live in the loveliest prettiest spot .. .. .. and your photography skills are wonderful. I really do enjoy seeing the pictures.