The Olympic Torch in Ramsgate 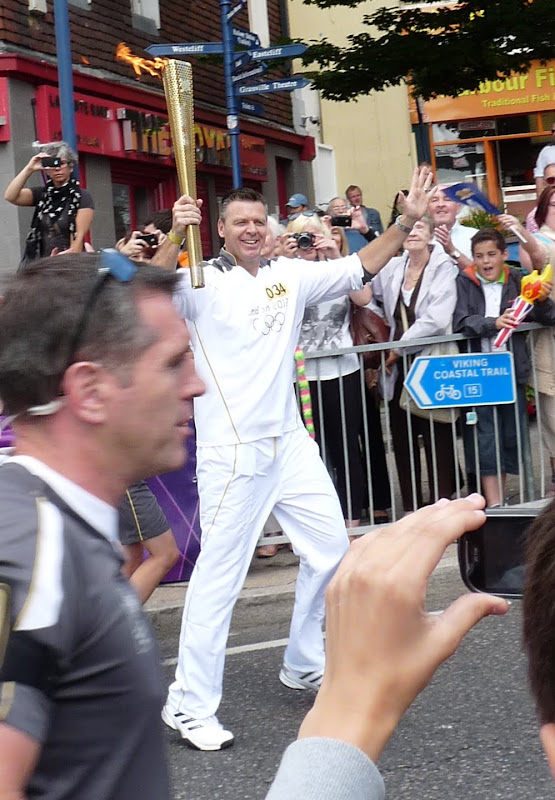 carrying the torch through Ramsgate.

From www.london2012.com the following summary for enquiring minds who wants to know;


Steve's nomination story
Steve is one of Britain's most successful and popular athletes, consistently ranked in the world top ten for Javelin every year from 1989 - 2002. To date he is the only British track and field competitor to medal at three consecutive Olympic Games; winning bronze in Barcelona 1992, silver in Atlanta 1996 and silver in Sydney 2000. Steve retired from athletics after the Athens 2004 Olympic Games where he finished a credible 4th. Since then Steve has been involved in a number of different projects, including coaching and mentoring up-and-coming athletes. He is passionate about using his Olympic experiences to help and motivate others to promote Olympic success in the workplace.

The entire convoy consisting of lots of lovely police motorcycles and squadcars plus buses came down the road at the historic harbour, hooting their horns and being cheered on by the public who lined the roads. See that little figure in white between the buses?  That's him.  If you look closely you can see the flame too. 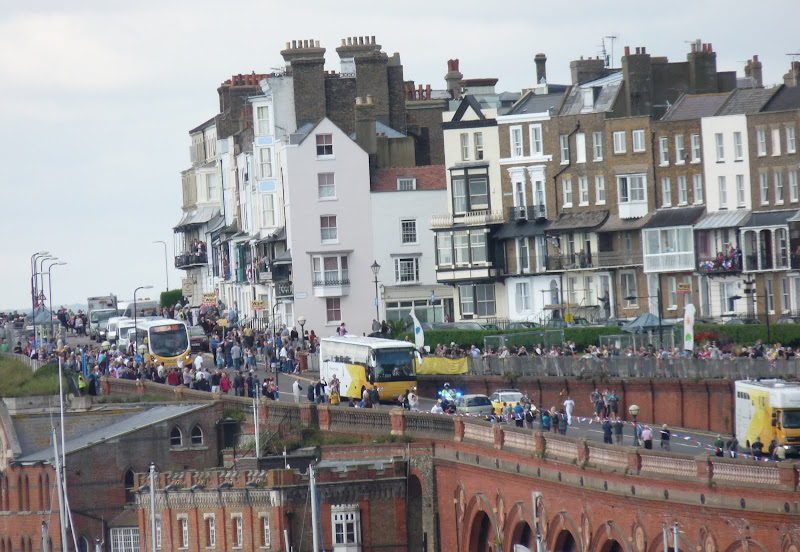 Anticipation was high, people had been waiting long and finally he arrived.... 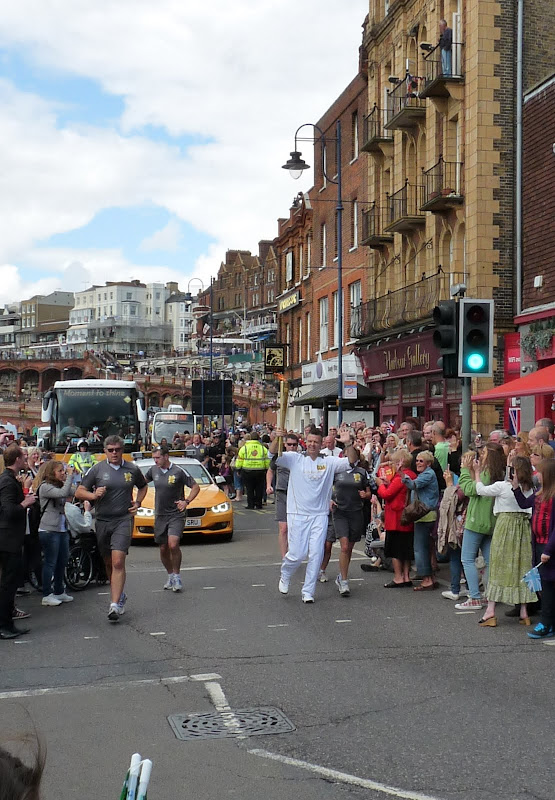 Also see top photo - and was gone in a flash! (as he was actually running... not fast but it wasn't a walk either).  So he was here, and so he was gone....(flanked by deserving locallly selected people) 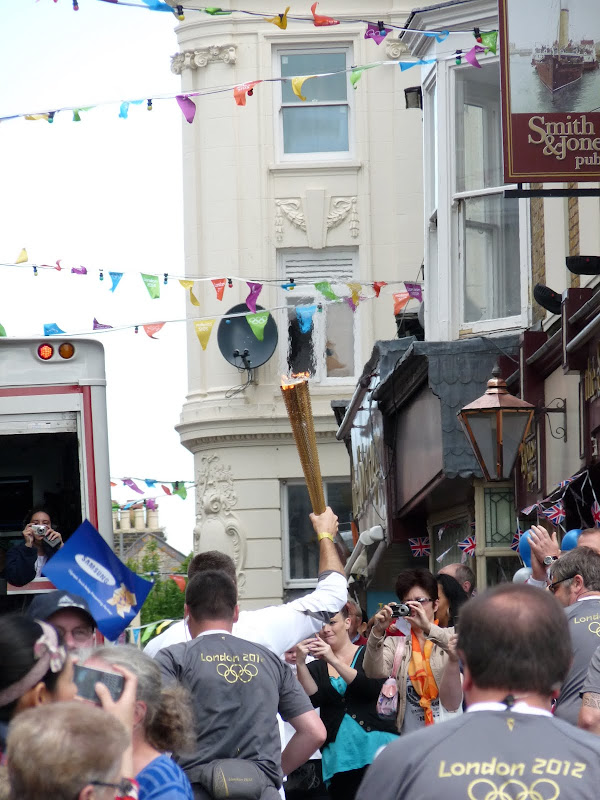 Muttering from those who did not manage a picture and contemplating whether they could outrun him to try again further down the road...  Not without a car you couldn't!! 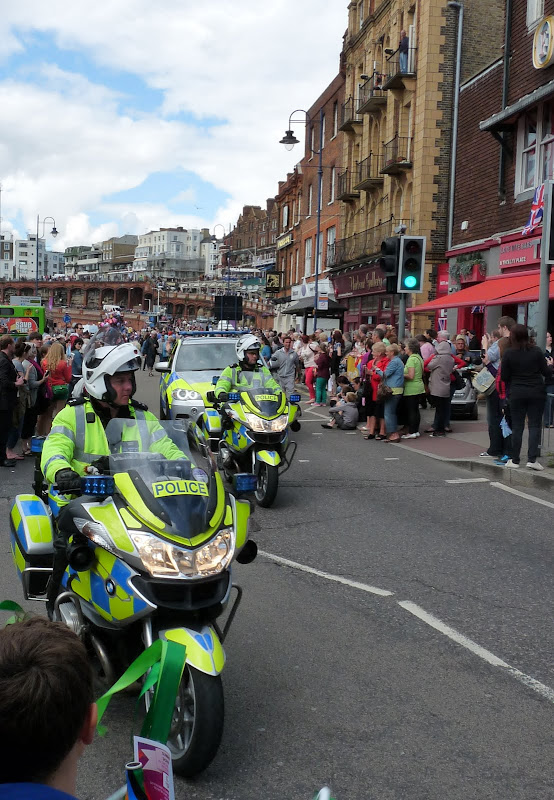 Some lovely police motor cycles and a squadcar closed the procession.

Looks like it was a bit of fun! And it didn't rain!

Ha!I was thinking the same thing...that it wasn't raining!:) Good idea being on the other side of the road so we could see some of your hometown!:)

How exciting! This must be such a wonderful time to be in London.

Thank you so much for sharing these pictures - they are great!! I will show them to my kids :) How exciting for England this year!

I thoroughly enjoyed the torch coming through our town. The atmosphere was electric! Di x

So good to see the photos of the torch going through The town, we were away when it passed through here (not our small town, but very close by) but the bunting is still hanging so I think it would have been well supported. Glad you were able to get to be part of it.